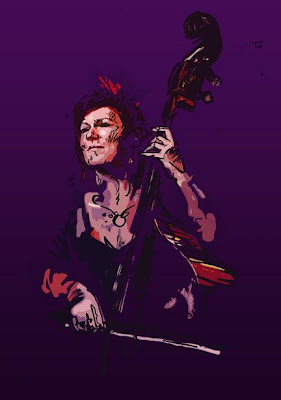 Apologies now for this sweet laden blog post, it must be the first wiff of Christmas that has addled my brain.

Twickfolk was awash with colour and flavour last night (9/12/2012) as an assortment of performers took to the stage. As you know I've found myself at Twickfolk via years sketching on the jazz circuit, so I felt very much at home upon seeing the double-bass propped up in the corner as I arrived, but before the main act of Miranda Sykes (left) and Rex Preston we we're treated to 3 floor spots.

Firstly Sue Graves was like an Orange Creme with her silky voice and sunny disposition. Second up was the Toffee Deluxe of Doug Brown who gave us plenty to chew on with his accordion playing and weighty lyrics. The third and final floor spot belonged to the red haired Daria Kulesh who like a Strawberry Delight presented us with a refreshing and vibrant explosion. Unfortunately we heard just one of her own tunes, 'I Want Attention!' and like most sweet things I was left wanting more!

Then we we're treated to the Quality (Street) of the evening. Miranda Sykes (Bass/Guitar) and Rex Preston (Madolin/Bouzouki) had such a varied repertoire I didn't know what to expect next. The songs were all well crafted and the skill and depth was appreciated by the packed house. Just like a Milk Chocolate Hazelnut, Miranda Sykes gave us a smooth flow with her bowing followed by chunky substance with pulse driven bass lines. Rex on the other hand was a Caramel Swirl of excitement playing with such speed and verve. The two tunes that made an impression upon me were 'Only One Way' and 'Turn to me'.

It was a great night. 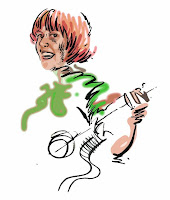 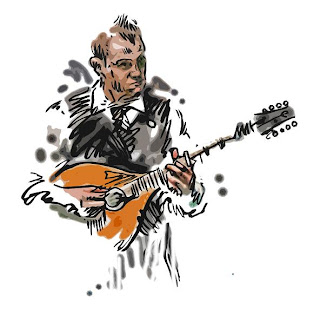